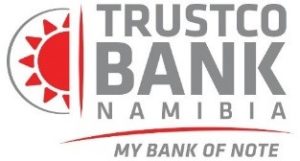 Trustco Bank, formerly FIDES Bank, has started micro and SME-lending, following the first disbursement from the European Investment Bank (EIB) of its EUR 7.5 million (equivalent) facility. The facility from EIB was part of a ZAR 450 million group funding arranged by Trustco’s advisors, Verdant Capital, which was announced in November 2016. The overall ZAR 450 million of funding is being used to support, Trustco Bank, Trustco Finance (Trustco’s education lending business) and Trustco’s property development business, which is focused on affordable housing.
In 2014, Trustco acquired FIDES Bank which had been known as the micro/SME bank in Namibia. The transaction is part of an increasing trend in horizontal M&A in African countries where non-bank financial services groups are buying banks, or vice versa. The acquisition represented both (i) a turnaround for FIDES Bank, which at that time was struggling, and (ii) critical piece in overall strategy of Trustco Group. Trustco Bank has restarted micro and SME lending, leveraging the experience and track record of Trustco Group in the lending business, accumulated in Trustco Finance (education lending) as well as the group’s strong reputation in micro and SMEs, and strong customer footprint, accumulated through Trustco Insurance, which has enjoyed strong patronage by SMEs. Trustco Bank is also providing property financing, which complements the group’s extensive property development businesses. Furthermore, Trustco Bank is implementing a full suite of transactional banking products, which are expected to facilitate deposit mobilisation, which will in term complement the Bank’s wholesale funding.
CEO of Trustco’s Banking and Finance segment, Thomas Slabbert said: “restarting the micro and SME lending is a critical step in the implementation of the Group’s strategy.  Support for this critical segment of the economy resonates strongly with the vision of the Group’s founder, as well as the vision of the founders of the old FIDES Bank.”

Send Us Your Feedback