The Importance of a More Developed Banking System – Africa 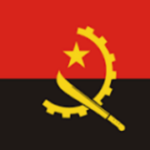 In Angola, more than 50% of the population do not own a personal bank account and approximately 60% of the country’s GDP circulates outside the banking system. The banking infrastructure is still underdeveloped in most African countries which is a major drawback for development.
Maria Luisa Andrade who spoke at the official opening of Banco Postal this year said: “this is a significant loss to Angolan society, to the extent that these resources, as they are outside the financial system, do not generate taxes, they do not drive credit development and limit the growth of the country.”
Banco Postal is a new commercial bank aiming to provide banking services in areas with no access to financial services throughout the country.
The lack of access to financial services has been witnessed in other African countries including Uganda, Nigeria, Kenya, and Tanzania where the population per bank branch is very high in the rural areas than in the urban areas. Most companies in the African continent and the rest of the world are MSMEs struggling to get access to credit for growth while they play a significant role in country development.
There is need for the development of the African countries’ banking systems to support the development of such companies and help create employment. Such development increases the reach of banks, in terms of branches, ATMs and other financial services products increases the population’s access to financial services enhancing financial inclusion.