Female Participation in the Botswanan Economy 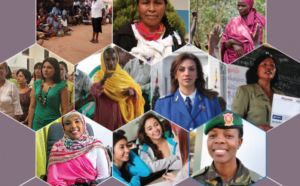 Botswana has taken significant steps towards diversifying its economy. These include diversification away from the historically diamond-heavy economy, reducing unemployment and the empowerment of women.
Female entrepreneurs are on the rise in Botswana. The Mastercard Index of Women Entrepreneurs (which tracks the percentage of female business ownership in 54 countries), ranked Botswana second in the world in 2017, with female business ownership at 34.6% (a close second to Uganda at 34.8% – Saudi Arabia scored the lowest at 1.5%).
Not only are Botswanan women stepping out of the shadow of their male counterparts in terms of business ownership, but they are doing so in terms of formal employment as well. According to a survey by Grant Thornton in 2017, the percentage of Botswanan women in senior roles increased by 8%, from 23% to 31% from 2016 to 2017. By comparison, the global aggregate increased just 1%, from 24% to 25% over the same period.
Finally, we wish all our readers a Happy New Year, and all the best for 2018!