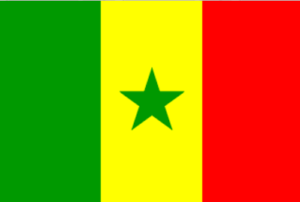 December 2016, Senegal, a member of the West African Economic and Monetary Union (“WAEMU”) became the second largest country in the world after Tunisia to launch a block-chain based national digital currency which could either provide big opportunities or competition in the banking sector. Known as the eCFA, it is designed to operate alongside the CFA Franc, the country’s and the region’s national currency, adopted by fourteen countries in the region.
The new currency will be compatible with other digital cash systems like MPesa which have themselves been revolutionary for the millions of unbanked population in the African continent. eCFA was developed through a partnership between the regional bank Banque Régionale de Marchés (“BRM”), and eCurrency Mint Limited, a fintech startup which focuses on central banks’ issued digital currencies.
“We are committed to bringing digital financial services and true financial inclusion to West Africa. We can now facilitate full interoperability between all e-money payment systems. This is a great leap forward for Africa”, said Alioune Camara, the CEO of BRM.
The launch of the new currency is driven firstly by such an unusual position of the country with respect to its currency and the currency being shared by fourteen countries in the region. Secondly, the need to catch-up with technological developments which have become more common in recent years.
The new currency is expected to be used in most of Francophone West Africa Cote d’Ivoire, Benin, Burkina Faso, Mali, Niger, Togo and Guinea-Bissau.
This new idea has attracted the attention of the Central Bank of West African States (“BCEAO”), which serves the countries using the CFA Franc currency. Notably, the digital tender will be issued in accordance and compliance with e-money regulations of BCEAO which will also oversee the distribution of the digital tender beyond Senegal, in other West African countries. The eCFA provided by BRM can only be issued by an authorized financial institution