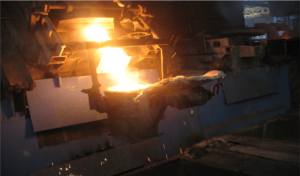 The number of Broad-Based Black Economic Empowerment (“B-BBEE”) transactions has increased significantly since the promulgation of the B-BBEE Act in 2003 and its corresponding charters; a step further than the BEE, with the purpose of being more inclusive. The main difference between BEE and B-BBEE is that BEE focuses on redressing the inequalities of the past by encouraging black participation in the economy via employment, whereas B-BBEE is about accommodating black shareholding (or employee share schemes). Despite nearly ZAR 600 billion in B-BBEE transactions being completed in the democratic era overall (source: The National Broad-Based Black Economic Empowerment Summit), ownership and control of businesses remain skewed disproportionately to the minority. The number of new B-BBEE transactions in listed companies in the industrial sector have decreased over the last 10 years whilst B-BBEE transactions in private companies have experienced an uptick.

The increase in smaller B-BBEE transactions in private companies has seen many of these companies undergo a change in ownership, control and management. In contrast the large transactions in the listed sector have seen a minority stake change hands with arguably limited impact on the underlying business. In private companies, often a majority stake in the business in question has changed hands, representing a change in control, the opportunity to inject new capital, overhaul strategy and in some cases, the chance to exploit synergies with other acquisitions. Kutana Steel, wholly owned subsidiary of the Kutana Group, is such an example. In October 2017, Kutana acquired Saint-Gobain Pipelines, a South African subsidiary of French multinational, Saint Gobain. Saint Gobain is listed on Euronext-Paris with a market capitalisation of EUR 26.5 billion (approximately ZAR 400 billion), making it one of the top 100 industrial companies in the world, and one of the top handful active in South Africa. The Kutana Group, a South African women-owned B-BBEE investment firm, acquired and integrated assets, aiming to exploit synergies and drive additional growth. Kutana were identified by Verdant Capital, sole financial advisor to Saint Gobain, as a potential buyer following their acquisition of Steeledale from Aveng in 2016 valued at ZAR 250 million.

Some institutions in South Africa, eg. the Industrial Development Corporation, the National Empowerment Fund and Public Investment Corporation, have a mandate to support the transition of ownership to Black Owner-Managers (“Black Industrialists”) as part of broader support for inclusive economic development. IDC is a domestic development finance institution, similar to say the Bank of Industry in Nigeria.

The above is an extract of an article written by Edmund Higenbottam (Managing Director of Verdant Capital) and Edwin Siebani (Associate at Verdant Capital) for DealMakers magazine, Q4 2017 (Annual) edition.