Africa Accounts for Over Half Mobile Money Transactions Worldwide 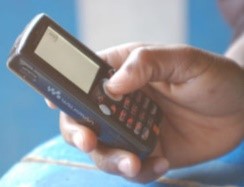 The 2016 Groupe Speciale Mobile Association (“GSMA”) report “State of Mobile Money in Sub-Saharan Africa” revealed that the number of live mobile money services amounts to 140 across 39 countries in the Sub-Saharan region at the end of 2016 from its lowest level of 2 in 2006. This represents more than half of the 277 mobile money transactions across the globe.

In the last ten years, the global mobile money adoption has been driven by the growth in the Sub-Saharan Africa where this comprises of East Africa, Central Africa, Southern Africa and West Africa bringing the region at the forefront of mobile banking. There has been a significant growth in the numbers of mobile money users following the launch of Safaricom’s M-Pesa, a mobile money wallet in 2007 and an increase in the number of banks and mobile money operators who are competing to tap the market of the unbanked rural population to be financially included. The region now accounts for more than half of the all mobile money transactions worldwide.

This is a significant improvement in the financial inclusion space with more mobile money accounts than the traditional bank accounts. People are now diversifying the use of their mobile money accounts to facilitate the so called “ecosystem transactions” which include bill payments, bulk disbursement, international remittance, merchant payment. These transactions are now accounting for about 17% of all mobile money transactions, driven by a significant rise in the number of mobile-based bill payments. Furthermore, companies such as Jumo World are using the mobile money ecosystem for micro loans. In January 2017, Verdant Capital sold afb Ghana for Jumo World so the company could focus its resources on its core fintech business.

Mobile money growth may also have been driven by the increase in the number of registered agents in the region to 1.5 million in 2016 from its lowers level of 100 000 in 2011.

Regionally, the growth in the adoption of mobile money services is being driven by the significant growth in the West African region in the major markets such as Kenya, Tanzania and Uganda. However, West Africa has recently been identified to be significant contributor towards such growth representing 29% of active mobile money accounts in Sub-Saharan Africa, compared to just 8% five years earlier.

“Mobile money is now achieving mass-market adoption in all corners of Sub-Saharan Africa, enabling millions of people to access financial services for the first time and contributing to economic growth and social development,” said Mats Granryd, Director General of GSMA.

Looking further ahead, a key challenge to mobile money providers is smartphone penetration, and the potential for traditional banks and MFIs to target mobile money customers with app-based banking. This was further explored by Verdant Capital’s MD, Ed Higenbottam at recent East AfricaCom in Nairobi on the mobile money panel.