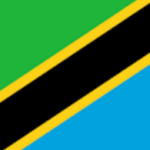 Tanzania has witnessed a significant increase in financial inclusion reaching 86% from its lowest level of 16% eight years ago. Mobile money revolution is the driver of such growth with TZS 43 trillion (equivalent to 47% of the country’s GDP) being transferred through mobile phones.
Mobile money has helped many Tanzanians including the poor to transact in a fraction of seconds despite the vast distances between some of them. Mobile money services have become popular just in a decade with major players including Vodacom’s M-Pesa, Tigo Pesa, Airtel Money and Ezy Pesa competing against each other for customers. This brings additional benefits to the population in terms of number of access points and cost of transacting.
Traditional banking and non-bank financial services are still underdeveloped which is the reason why mobile money has spread so fast despite banks continuing to play an important role in intermediating savings and access to funding. Some people have moved away from saving with banks and other financial institutions towards mobile money where they earn attractive interest.
Tanzania has made significant progress in the financial inclusion space. However, there is need for the country to address the remaining gaps and challenges in the financial inclusion space by focusing on 3 major areas which have been identified in the Tanzania Financial Inclusion Framework. Firstly, the country needs to increase the access to financial services to the remaining population which is still underserved, particularly women. Secondly, there is need to deepen inclusion by consolidating the gains and advancing the use of financial services to increase the benefits associated. Lastly, there is need to increase access to affordable credit to small businesses who play a crucial role in growing the economy.